Moreover the word of the LORD came unto me, saying, Jeremiah, what seest thou? And I said, I see a rod of an almond tree. Then said the LORD unto me, Thou hast well seen: for I will hasten my word to perform it.[Jer 1:11 KJV]

Almond, from the Hebrew word for it, means to be awake, to be watchful, to rise early. In seeing a rod of an Almond tree, I wonder what Jeremiah was shown? What was it that he
saw well?

When Moses was to lead the children out of the bondage of Egypt, he was given a rod. When Moses, returned to Egypt with this rod in hand, he was met in the wilderness by his brother Aaron, who also had a rod. If you care to count, from the time the Lord began to liberate the children from Egypt, until they crossed Jordan on dry ground, the rod of Aaron figured more numerously in miraculous displays, than did Moses’ rod.

Jacob, having secured both the blessing and birthright from Esau by deceit, was fleeing from Esau, journeying toward Haran, the land of his father Abraham’s origin. On the way, Jacob came to a place called Luz. There Jacob slept, having stones for his pillows. In the night, Jacob dreamed of a ladder that reached from the stones up to the heavens. At the top of the ladder, the Lord. On the ladder, ascending and descending upon the stones, the messengers of God. Jacob heard the Lord to say, “I am the LORD God of Abraham thy father, and the God of Isaac: the land whereon thou liest, to thee will I give it, and to thy seed;And thy seed shall be as the dust of the earth, and thou shalt spread abroad to the west, and to the east, and to the north, and to the south: and in thee and in thy seed shall all the families of the earth be blessed. And, behold, I am with thee, and will keep thee in all places whither thou goest, and will bring thee again into this land; for I will not leave thee, until I have done that which I have spoken to thee of”.

Jacob awoke, poured oil on the stone, and pronounced the place to be none other but the house of God. Curiously, “stones” became “stone”. And upon this stone, would the oil be poured. Curious that Christ once remarked, before that the Spirit was given, how that the Son of man has not where to lay his head. Yet now we read, by the anointing, every living stone holds to the head. Jacob had heard the Lord say, “And, behold, I am with thee, and will keep thee in all places whither thou goest, and will bring thee again into this land; for I will not leave thee, until I have done that which I have spoken to thee of”. So Jacob, resuming his journey, vowed a vow, saying, “If God will be with me, and will keep me in this way that I go, and will give me bread to eat, and raiment to put on, So that I come again to my father’s house in peace; then shall the LORD be my God: And this stone, which I have set for a pillar, shall be God’s house: and of all that thou shalt give me I will surely give the tenth unto thee”. And Jacob thereafter called the place “Luz-which-is-Bethel”. Luz means “Almond”. So, “Almond which is the house of God”.

Now, the Lord never answered Jacob a word concerning Jacob’s oath. For the Lord had not been speaking to Jacob in the dream. He, The Lord, had been speaking to the stone, the one in whom all the nations would be blessed, the seed who would multiply as the dust of the earth, and would inherit all things, as Paul expounded later in Galatians, “Now to Abraham and his seed were the promises made. He saith not, And to seeds, as of many; but as of one, And to thy seed, which is Christ”.  Jacob, by reason of where his head had been, had been privy to the conversation. This truth, would the Lord further unveil and expound to Jacob, in Joseph, who was yet to be born to Jacob.

This same Joseph, now born, also received the revelation of Christ by dreams. Because of his dreams and his words, his brethren would hate him, and conspire to kill him. Joseph became as Pharaoh, lord of all Egypt, and the bread in it. Jacob, his household in famine, would send to Egypt to by grain of Pharaoh, not knowing he was dealing with his own son. With the money, Jacob would send of the fruit of the land, a present to Pharaoh. Among the present, some almonds.

Generations later, the Lord would visit the children, now slaves in Egypt, to deliver them. When Moses met his brother Aaron, there was in Aaron’s hand, a rod, a dead stick cut off from an almond tree that had come into Egypt in a seed, a seed from Jacob.

As Moses lead the children out, he was shown a heavenly vision, and told to build a dwelling, a tabernacle, strictly according to the pattern of what he had been shown. Before the tabernacle itself was built, the first item to be crafted, was an ark. The tabernacle would come to house many man made testimonies. But the Lord told Moses that , in the ark, you will put the testimonies “I will give you”.  In that ark, within the holiest place, inaccessible behind a veil, to all but the high priest, and that once a year, would come to reside three things. The tablets of the commandments written with the finger of God. The Manna which God gave. And Aaron’s rod that budded. It was above this ark, on the mercy seat,  in the prophetic model of the heavenly tabernacle , that the Lord said, “I will meet with you”.

The tablets of the law were never meant for the people, but for the ark. The people were taught from the book Moses wrote. The tablets were foreshowing the Christ  who would fulfill the one, taking the other out of the way. The God given  Manna, hidden in a golden pot was foreshowing the one to come who is the true bread of heaven, not as the man made loaves set on daily by the priests, which were but effigies. The almond rod of Aaron, truly resurrected, had blossomed, leafed, and bore a generation, a crop of almonds  with it, IN IT’S RESURRECTION, not as the man made golden effigy of a fruiting almond, which the golden lamp stand was. That raised rod, and the generation born to it in resurrection, are a picture for you, of the one seed of promise, and his generation. The Christ, in whom all the nations have opportunity and access to all the blessings and promises of God. It was the only seed to come out of Jacob that made it into the holiest place. And it was accomplished in it’s resurrection.

Long after, David had it in his heart to build a temple for the Lord. The Lord commended the sentiment, but shot down the idea. It is logistically impossible. The heaven, the heaven of heavens, are not sufficient to contain Him. Where is the house any would build for Him? Instead, the Lord told David that He would build David a house, in one who would come out of David. And that one would sit on the throne everlasting. When Solomon was made king, it was presumed that the one promised to David had arrived. This Solomon went on to build what had never been ordained to be built, any more than the anointing of Saul to be king had it’s origins in God. Both were concessions, as you may search and read.

When Solomon’s temple that he built was completed and dedicated, it is most notable, that the ark was found to contain only one item. The tables of the law. The life (manna) and the living, rootless almond and it’s generation (resurrection) were not in it.

Generations later, a man proclaimed to be the life and the resurrection, already having told that the Father dwells in Him, stood near Solomon’s edifice and proclaimed, “Destroy this temple and I will build it again in three days”. He was no more speaking of Solomon’s temple than God was talking about Jacob at Luz-which -is-Bethel. He is the resurrected house and temple of the living God, and all who as lively stones, are raised with Him. Before he suffered and died, it was written of Him, “In Him dwelt all the fullness of the Godhead bodily”. After His resurrection, His and them raised with Him, it is written again, “In Him dwells (present tense) all the fullness of the Godhead bodily AND you are complete in Him”.

Jeremiah saw well indeed, when he saw a rod of an almond tree.

Christ in you, the hope of glory, and the testimonies which God has given you, and not man. 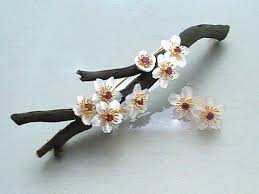