The Lord has promised that He would not again overthrow the world with water. This is the time of fire:

“And ye shall know that I am in the midst of Israel, and that I am the LORD your God, and none else: and my people shall never be ashamed.  And it shall come to pass afterward, that I will pour out my spirit upon all flesh; and your sons and your daughters shall prophesy, your old men shall dream dreams, your young men shall see visions: And also upon the servants and upon the handmaids in those days will I pour out my spirit. And I will shew wonders in the heavens and in the earth, blood, and fire, and pillars of smoke.The sun shall be turned into darkness, and the moon into blood, before the great and the terrible day of the LORD come. And it shall come to pass, that whosoever shall call on the name of the LORD shall be delivered: for in mount Zion and in Jerusalem shall be deliverance, as the LORD hath said, and in the remnant whom the LORD shall call.”

Indeed, Emanuel is come, for God became flesh and tabernacled among us. And the remnant whom the Lord has called, have known Him, from that day to this. In resurrection, the Lord has sent to us, the Promise of the Father, the Spirit of Truth. But take note, according as He foretold in Joel, He has indeed poured out His Spirit upon all flesh, after that He was known in the flesh. We live in the times wherein the very word of God tries and proves all things. He, the Word, is life unto life in them that believe, and death unto death in them that perish, because they will not love the truth. The Lord whom we seek is both come, and is coming to His temple…in the very process.

All things molecular, are combustible. All things will burn. Let us not be given to molecular “Christianity”, for flesh and blood can not inherit the kingdom of God. That which is born of the Spirit, is Spirit. That which is born of the flesh, is flesh. It is the Spirit which pertains to life. The flesh is profitable for nothing. Ours is a house, of another building. Heaven and earth will pass away. Every word and work of man will pass with them. The Word of God will never pass, it will never change. He is risen forever. Let faith have her perfect work.

Jesus has told us that He comes “as a thief” in the night. We are told by the word of the apostle, they that sleep, sleep in the night. But we are not of the night, such that that day should take us unawares. When one awakes from slumber and finds his house has already been stripped clean, he is acutely aware, that the thief came in a time and manner he thought not. No longer will it make sense to him to look to the future, for that which is already past.

Remember, a day with the Lord is as a thousand years, and a thousand years as a day. Concerning combustion, there are different kinds. All are forms of oxidation. Rotting wood and rusting iron are undergoing slow oxidation. Burning wood and flaming molten iron are undergoing rapid oxidation. Both processes produce the very same result. Both release the same quantity of energy. The difference is time, or rather, our perception of it.

Jesus gave you insight into the manner of the burning which we are witnessing. It is at a pace such that the worm is not killed, though the fire is not put out. Those who get the victory over this burning are depicted as standing on a sea, like glass mingled with fire, having the harps of God. They know the Lord and worship Him, as Joel told you.

Let not the burning overtake , as a thief in the night. These things are not far off, but are at hand, and all about you.  And of some have compassion, making a difference: And others save with fear, pulling them out of the fire; hating even the garment spotted by the flesh.

Joel teaches you that that the deciding issue since the resurrection, is not human affairs, politics, religion or any other thing. The Father has presented to us, the Truth. The Truth has many names. King of kings, Lord of Lords, Wonderful, Councilor, the Mighty God, the Everlasting Father, the Prince of Peace. But He is One, and in Him dwells all the fullness of God. You are complete, only in Him. You come to the Father, only by Him. There is no other way.

Avoid vain babelings. The kingdom of God is not semantics. Jesus Himself, is above any name that is named. There is no magic phrase that is the one right name. Yaweh, Jeshua, so on and so forth…all these names point to Christ, and are fulfilled in Him. Many presently are caught away in such limited mindsets. God knoweth them that are His. They that worship Him, worship in Spirit and in Truth.

Isa 34:8      For it is the day(time) of the LORD’S vengeance, and the year (period/measure of time) of recompences for the controversy of Zion.  And the streams thereof shall be turned into pitch, and the dust thereof into brimstone, and the land thereof shall become burning pitch. It shall not be quenched night nor day; the smoke thereof shall go up for ever: from generation to generation it shall lie waste; none shall pass through it for ever and ever. But the cormorant and the bittern shall possess it; the owl also and the raven shall dwell in it: and he shall stretch out upon it the line of confusion, and the stones of emptiness.

Mar 9:43       And if thy hand offend thee, cut it off: it is better for thee to enter into life maimed, than having two hands to go into hell, into the fire that never shall be quenched: Where their worm dieth not, and the fire is not quenched.

Jam 3:5             Even so the tongue is a little member, and boasteth great things. Behold, how great a matter a little fire kindleth!      And the tongue is a fire, a world of iniquity: so is the tongue among our members, that it defileth the whole body, and setteth on fire the course of nature; and it is set on fire of hell.

Whether by rapid oxidation, or slow oxidation, the result is the same. But with the slow, the worm dies not. Slow oxidation, like the frog in a pot of slowly heated water, is a two edged sword. It buys time for them awake, and goes on unnoticed in them asleep. 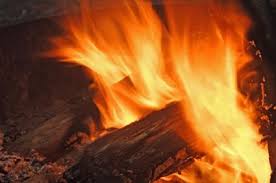 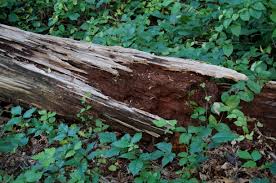 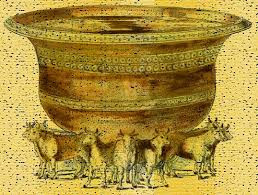